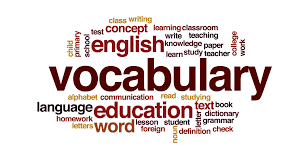 In the age of technology and internet, demand for online resources in every field continues to grow. Because of online opportunities improving day by day around the world, it has become easier for work and more resources have become available. One of such important resources is online dictionaries. Taking into consideration the growing demand for such online tools, many resources and websites are being prepared and developed. Today dictionaries that show and cover explanation and origin (etymology) of the rich vocabulary of the Azerbaijani language are used actively. Now I will introduce you to some of the most popular online dictionaries and give information about them.

It is maybe considered the biggest online dictionary of Azerbaijan. It is a portal covering words and terms in a number of fields, such as translation dictionaries, etymology dictionaries, phraseological and terms, even monolingual dictionaries etc. For example, if you have difficulty explaining or understanding any term in the oil field, you will get a lot of results when you look up the word by visiting this website. One of the most interesting and joyful facts is that besides the most widely used foreign language dictionaries, here is also a monolingual dictionary of the Lezgi language. But which languages does this online dictionary cover? There are a number of sections in Azerbaijani, Turkish, English, Lezgi and Russian languages. Here are some of them:

Of course, this section, which is the most actively used, is accepted as a major service of this portal. By this dictionary users can access to a database having more than 150.000 words, phrases, idioms, and sentences in both directions Having offered vast and exceptional opportunities in English Azerbaijani and Azerbaijani English translation this dictionary’s database is frequently and interactively updated based on the feedback from users, as well as data provided by missing words statistics function.

The dictionary provides contains overall 50000 words and phrases; 10000 in Russian-Azerbaijani and 40000 in Azerbaijani-Russian direction, respectively.

Due to this online dictionary may be useful, especially for entrants and teachers, it is easy to find definitions of various words and phrases. In the database of the dictionary, which is based on the four volume books of “Explanatory dictionary of Azerbaijani language”, the definitions of about 45000 words of Azerbaijan literary language are well-illustrated with example sentences.

Last section, the database of the orthographic dictionary, which was compiled based on the new orthographic rules according to edict number 71 of May 26th, 2004 signed by President of Azerbaijan Republic and approved by Cabinet of Ministers, contains correct spelling of up to 80000 words as provided in official source without being modified.

This dictionary project was first developed in 2013. A number of specialists and linguists were involved in its development. The project covers the development of printed and electronic versions of explanatory and bilingual dictionaries. Currently, the project is underway to develop this website in the form of a textbook for schoolchildren.  Within the framework of the project, services are implemented in three areas:

I hope this blog would be useful for you. if you like my blog, don’t forget to comment down below.